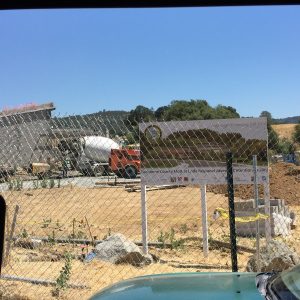 Sonora, CA — With construction on a new county jail expected to begin in just under a year’s time, Tuolumne County leaders have hired a firm to coordinate the first phase of construction.

The Board of Supervisors approved a $355,060 contract with Moss and Associates. The company is based out of Florida, but has representatives in the Sacramento region.

The firm submitted the most competitive proposal, according to county documents, and received the recommendation of county staff members and the Sheriff’s Office.

The Supervisors voted 3-0-1 in favor of the contract. Board Chair Karl Rodefer was absent, and Supervisor Randy Hanvelt abstained.

Hanvelt raised concerns about the firm’s lack of work on this type of project in California. Speaking to Project Executive Tom Russell, on hand at today’s meeting, Hanvelt said, “You clearly have an enormous amount of experience building correctional facilities elsewhere, but from personal experience I know the rules for constructing anything outside of California are completely different.”

Russell indicated while he has not completed this type of project in California, he has worked with nine counties in California on related efforts.

Upon approving the contract, the Supervisors urged the management team to strive to recruit local contractors whenever possible.

Plans for the new 69,280 sq. ft. county jail are now 75% complete. It will have 230 beds, a lobby area, medical unit, kitchen and administration space. The total cost of the project is estimated to be $38,627,000. The county hopes to go out for bids on the project in March of 2017 and begin construction in June of 2017. The project should take 17 months to complete. The county has received $33-million in state grant funding.

The jail will be located next to the Juvenile Detention Facility that is currently under construction off Old Wards Ferry Road (see photo) and the future Tuolumne County Courthouse.