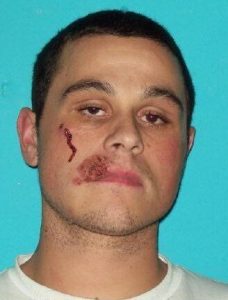 Tuolumne City, CA — A suspected methamphetamine addict is behind bars on drug and weapon charges after reporting a theft from his vehicle that did not happen.

Early Thursday morning, just after midnight, Tuolumne County Sheriff’s spokesperson Sgt. Andrea Benson states that 25-year-old Joseph Hankins of Sonora called the department to report the incident which, he said happened while his car was parked at Black Oak Casino Resort. Deputies met with Hankins on-scene but after reviewing video surveillance of the area, they determined that no one had entered the vehicle.

However, a subsequent car search turned up a Glock handgun in the glove box that was not registered to Hankins. Deputies also discovered a stockless rifle, numerous magazines and ammunition. According to Sgt. Benson, Hankins admitted to being a frequent methamphetamine user and having the drug concealed on his body, which deputies later recovered at the Tuolumne County Jail after he was booked. Hankins is currently being held on $20,000 bail and faces charges of possessing a concealed handgun; unlawful possession of a handgun; possession of a large capacity magazine; addict in possession of a gun and for possession of methamphetamine.