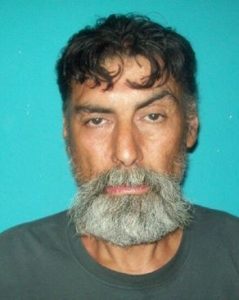 Sonora Police Lt. Turu VanderWiel recounts that officers were recently dispatched to the business, located on the 100 block of Stockton Road, after an audible burglar alarm went off just before midnight. “They discovered a man attempting to gain entry into a nearby vehicle…identified as 61-year-old John Deherrera of Sonora. He was in possession of a stolen key and had a bunch of keys scattered on the ground next to him,” Vanderwiel explains. He adds, “Further investigation showed that there was a forced entry…into the auto dealership, and that multiple keys were stolen from that building.”

According to investigators the missing keys matched those in Deherrera’s possession. Deherrera was subsequently booked into the Tuolumne County Jail on felony charges of burglary and attempted vehicle theft as well as misdemeanor vehicle tampering.