No Fireworks In Forest 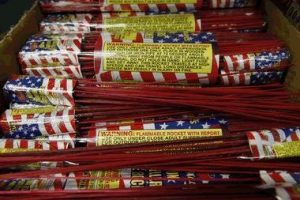 Since this holiday brings the biggest visitor turnout, Forest Service officials want to remind the public that any kind of fireworks are not permitted in the forest. Forest spokesperson Rebecca Garcia warns, “Often times people are coming from areas where perhaps fireworks are allowed but they should know before coming that fireworks are banned.” She adds officers will be patrolling the forest grounds stating, “We have law enforcement personnel that are both educating and when called for, citing visitor that are damaging natural resources or breaking other federal or state laws.”

Illegal use of fireworks is a Class B misdemeanor and punishable by a fine of up to $5000 for an individual or $10,000 for an organization or it could also lead to imprisonment for not more than six months or both.