Premiere Of ‘A Walk In The Park With David Vassar’ 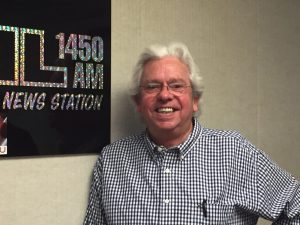 Backcountry Pictures, in cooperation with the Calaveras Arts Council, presents the West Coast Premiere of “A Walk in the Park with David Vassar.” This is the life-long intimate film journey of Vassar, an Academy Award-nominated and Emmy® Award-winning filmmaker.

Vassar was Thursday’s KVML “Newsmaker of the Day”.

In celebration of the National Park Centennial, “A Walk in the Park” will be presented in Vassar’s adopted home of Calaveras County on the evening of Friday, June 17, 2016, at the Bret Harte Theater in Angels Camp. An optional VIP Meet-and-Greet with Vassar follows at CAMPS Restaurant at the Greenhorn Creek Golf Resort.

“A Walk in the Park with David Vassar” was first presented to a sold-out audience at the 2016 Environmental Film Festival at the Smithsonian Institution’s National Museum of American History, in Washington, DC, this past March.

The film is a retrospective through America’s magnificent Yosemite, Grand Canyon, Grand Teton, Yellowstone and Death Valley National Parks, among others, highlighted with personal stories from Vassar’s lifetime of environmental filmmaking. Scenes from Vassar’s Academy Award-nominated documentary, Generation on the Wind, and the PBS special featuring California State Parks, California Forever, are also included in the program. In addition, Vassar will present selected scenes from Backcountry Pictures’ current production, Conspiracy of Extremes, co-produced with Sally Kaplan, which advocates for desert protection and features Death Valley and Joshua Tree National Parks, the Mojave National Preserve and others.

At the age of 19, while still in college, Vassar made his first film in Yosemite. It was the beginning of a journey that continues to this day; one that would take him to some of the nation’s most magnificent National Parks where he has written, directed and produced more than a dozen films. These films have featured celebrities such as actor Harrison Ford, legendary newsman Roger Mudd, and iconic musician Paul Winter. Vassar’s work continues to reach millions of people in theaters, cable and broadcast television, international film festivals and National Park Visitor Centers. The central message of each film remains the same; to strengthen the bond between people and nature, inspiring them to become advocates for conservation. Vassar’s vast body of work also includes productions for ABC, NBC, CBS, BBC, Fox, History, Discovery, and Animal Planet.

“A Walk in the Park with David Vassar” takes place Friday June 17th. Doors open at 6 pm with the screening from 7:00 pm – 8:45 pm. Tickets are $20 general admission seating and $40 general admission seating with an after-show VIP meet-and-greet reception with David Vassar. The reception hours run from 9:00 pm – 11:00 pm at CAMPS Restaurant at Greenhorn Creek Golf Resort.

Order tickets through EventBrite.com at: http://bit.ly/awalkintheparkdvassar

If not sold out, tickets will be available at the door: Cash and Credit Cards accepted. For more information call 415-302-0839