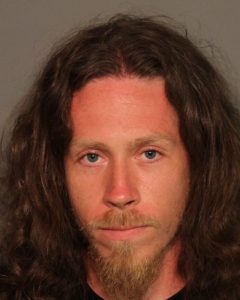 Witnesses directed officers to a nearby field where 32-year-old Angels Camp resident Daniel Scott was walking with a handgun on his hip and headed towards a residence. As officers responded to that referenced home, dispatchers learned that Scott had jumped the fence of another nearby residence and was detained in the yard by the residents there. Police officers soon arrived and took Scott into custody. He was booked into Calaveras County Jail for Negligent Discharge of a Firearm, Resisting a Peace Officer and Public Intoxication.

It is not immediately clear why Scott was shooting the gun, or his intentions.   The incident occurred Wednesday at 7:45pm.