Governor Brown Calls For Moment Of Silence This Memorial Day 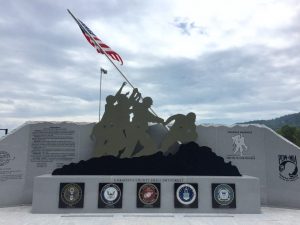 Honoring Those Who Have Served

Sonora, CA — On this Memorial Day Governor Jerry Brown has issued an official state proclamation recognizing those who have fallen, and is asking for residents to jointly pay tribute later today.

You can read the proclamation below:

Today, I ask all Californians to pay tribute to our fallen military heroes. In their memory, I have ordered that flags be flown at half-staff on all state buildings and grounds throughout the state. In addition, I would ask you to participate in the National Moment of Remembrance, and pause at 3:00 p.m. on Memorial Day for a moment of silence to honor those who have made the ultimate sacrifice.”