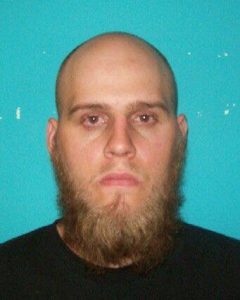 The Sheriff’s Office reports that a homeowner reported that there was a suspicious looking white truck parked in the Willow Springs subdivision at 2:15am. When deputies arrived, the 2001 Toyota Tacoma was leaving at a high rate of speed and ran a stop sign at Willow Springs Drive and Soulsbyville Road. Deputies chased the truck for 25 minutes through the Middle Camp Road and Kewin Mill Road area near Twain Harte. Deputies were able to identify the driver as 24-year-old Wyatt Nunes of Sonora. He eventually drove his truck off-road where deputies were unable to travel. The deputies stepped out of their vehicles and checked the area on foot. They later located the truck, but no Nunes.

Nunes was also wanted for allegedly leading deputies on a pursuit last month in Cedar Ridge while riding a motorcycle. He also has a misdemeanor warrant for possession of drug paraphernalia. Anyone with information on his whereabouts should call the Sheriff’s Office at 209-533-5815.