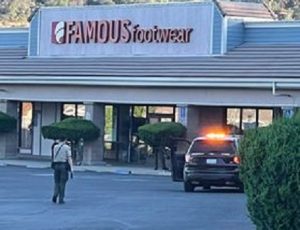 East Sonora, CA – There is plenty of activity at the Junction Shopping Center after an alarm at Umpqua Bank was tripped multiple times.

The alert came into the Tuolumne Sheriff’s dispatch around 6:30 a.m. Sheriff’s spokesperson Ashley Boujikian tells Clarke Broadcasting that deputies cordoned off the Mono Way and Tuolumne Road entrances to the shopping center as they searched the area for any suspects. They then, over a loudspeaker, ordered anyone inside the bank to come out. When there was no answer, deputies entered the building.

Boujikian detailed, “The bank has now been cleared and it was a false alarm.” She added that the shopping center would reopen shortly.