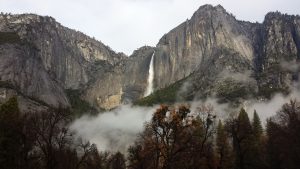 Special events are planned throughout the next week, including nature walks, and a showing of Ken Burn’s films “This is America” and “The National Parks: America’s Best Idea.” Activities will culminate with an Earth Day Festival on Saturday, April 23, from 10am-3pm at the Yosemite Valley Visitor Center. Each of the 410 national parks across the country are celebrating national parks week with various activities.

Yosemite National Park drew a record 4.2-million visitors last year. It is recognized for having the tallest waterfall in North America, Yosemite Falls, and iconic rock formations. The park features 90 different species of mammals and over 1,500 species of flowering plants.