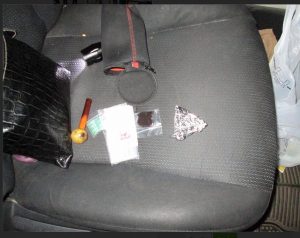 A Tuolumne County Sheriff’s Deputy pulled over a 2009 Toyota Corolla with a burnt out taillight. The deputy discovered, the driver, 23-year-old Abigail Owens of Sonora was on a searchable probation. During a check of her car, a quarter ounce of heroin, 0.39 grams of methamphetamine, drug paraphernalia, and packaging material were discovered, according to Sheriff’s officials.

Owens and passenger, 20-year-old Brian Gomes of Sonora, were arrested and booked into the Tuolumne County Jail for narcotics possession, transportation, sale and drug paraphernalia. Both remain behind bars on $30,000 bail.