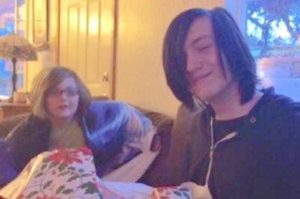 Update 7 p.m.: Tuolumne County Sheriff’s officials report that two missing Mother Lode teens  that may have runaway have been found. Sgt. Andrea Benson stated, “The San Jose Police Department has located both of the teens and they are now safely reunited with their families.” Sgt. Benson had no further details on how they were found.

Original Post 3 p.m.: Sonora, CA — Local law enforcement is asking the public for help in locating two area teens who may have runaway.

Tuolumne County Sheriff’s officials are looking for 14-year-old Courtney Tolhurst, 15-year-old Jake Zucarro, and a purple 2003 Suzuki XL1, which is like the one shown in the photos in the upper left image box.

Investigators indicate the two are a couple and took off together in the Zucarro family SUV on Sunday, possibly heading for the San Jose, Bay Area or seaside in Monterey County.

Anyone with information regarding the teens’ whereabouts should please contact the SPD at 532-8143 or Tuolumne Sheriff’s Office at 533-5815.