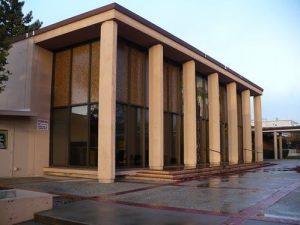 San Andreas, CA – Three calls to action are part of a rather substantial agenda for the Calaveras supervisors this week.

Topping the list at Tuesday’s meeting, the Calaveras County supervisors will consider a joint request coming from the sheriff’s office, probation department and behavioral health services to adopt a resolution actively supporting the agencies’ “Stepping Up” initiative efforts to reduce the number of people with mental illnesses in the county jail. The draft resolution also calls on county personnel and local residents to join efforts.

The meeting documents acknowledge a critical increase in the numbers of incarcerated people with mental illnesses, including within the Calaveras County Jail, as well as recent state criminal justice and public health system reforms that, officials say, provide an unprecedented opportunity to address the issue locally with state support. Already multi-jurisdictional teams across the state’s counties are working to connect with those in need of behavioral health care in and out of custody; while in the process, they are developing key indicators to measure prevalence and program prowess.

Locally, a new response protocol has designated both a dedicated a mental health worker and a clinician to serve those in crisis or with mental health needs, according to jail officials. The clinician is additionally developing innovative inmate programs focusing on self-esteem and anger healing as well as effectively managing anxiety or depression disorders and substance abuse issues. As funding for key staff is in place, the resolution does not seek additional financial support at this point from the county; however, by passing a supportive resolution the supervisors will effectively enable jail and program staff to receive technical program assistance through the Justice Center under the Council of State Governments.

As tree mortality issues already on the rise in Calaveras County will exponentially grow this year, the supervisors now face the need to roll out proactive tree removal and disposal protocol in order to be eligible for state funding. A draft program outline calls for involving a taskforce of local, state, federal, public and private stakeholders; identifying trees per affected acre by using the California Dept. of Forestry and Fire Protection’s Fire and Resource Assessment Program Tree Mortality Viewer and employing registered foresters. The supervisors anticipate passing a resolution to enable all this as well as to request that Calaveras be added to the list of high-risk counties associated with bark beetle infestation, which may allow it to tap additional debris clearing funding that may be available through CAL Fire, the local fire safe council, and other means.

In other business, the supervisors will hear a presentation from the Calaveras County Chamber of Commerce Leadership (CCCLP) team about establishing a Calaveras Business Resource Center (CBRC). Up for subsequent discussion is the possible lease of the now vacant county-owned Huberty Building in San Andreas to the Central Sierra Economic Development District (CSEDD). The district, now working with the CCCLP team on a $250,000 Economic Development Administration (EDA) grant application that would fund the CBRC for two years, would head up business development and support activities with day-to-day operations staffed by the Calaveras County Chamber of Commerce under the advisement of CCCLP.

CCCLP’s position is that in the aftermath of the Butte Fire, the county now, more than ever needs to support existing and prospective local businesses and nonprofits that provide economic stability and opportunities and that a BRC could serve as a hub for promoting both. A list of services that might be offered includes: classes and workshops; short-term subleasing or sharing of office space for small or start-up businesses; access to office equipment; meeting space; a small retail store selling items produced by participating businesses; and a mini innovation lab, similar to the Innovation Lab in Tuolumne County, with equipment available for developing prototype items.

Noting the hundreds of disaster relief operations launched across the country over the past year as well as the tireless efforts of its local personnel in supporting those impacted by the Butte Fire, the supervisors also plan to proclaim March 2016 as American Red Cross Month in Calaveras County. Following a closed session with legal counsel, Tuesday’s meeting will open to the public at 9 a.m. in the supervisors chambers at the county government center (891 Mountain Ranch Road).