A Wanted Parolee Tasered After Shoplifting At Sonora Store 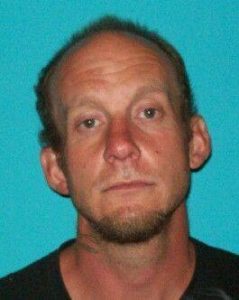 Sonora, CA — A bizarre incident unfolded at a Sonora grocery as a suspect allegedly shoplifts items and then sits down in front of the store displaying the loot all around him – then the situation escalated.

The Sonora Police Department arrested 26-year-old transient Nicholas Dolman on Tuesday at 10:16 p.m. after a report of a shoplifter at Safeway on Sanguinetti Road. A records check revealed Dolman is on prison parole for assault with a deadly weapon and wanted for violating that parole.  Once on the scene, an officer ordered him to stand up and put his hands behind his back, which he ignored. When the officer tried to arrest Dolman, he started fighting with him. Police report Dolman was tased several times, which had no effect on him.  With the help from a Tuolumne County Sheriff’s deputy called in for backup, the officer was able to handcuff Dolman.