Ponte Will Not Seek Re-Election 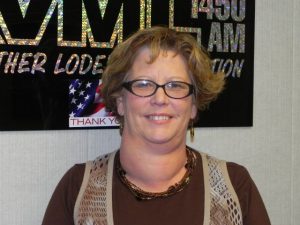 Ponte, the former Mayor of Angels Camp, is in the midst of her first term as county supervisor. At the Board of Supervisors meeting yesterday she noted that she enjoys the challenge of being a Supervisor and developing local policies. However, she indicates that unexpected family matters have made a re-election run too difficult.

She said, “Last June, my husband and I lost our 22-year-old daughter Michelle and nearly lost my mother to a heart attack the same night our daughter died.  Many of my family members and friends were the backbone of my campaign. My mom and Michelle were by my side helping with the many aspects of the campaign including social media, signage, candidate nights and walking the communities of District 4.  I believe the mental roller coaster and the emotional turmoil of a campaign is not something I wish to endure at this point in my life or to put my family and close friends in the campaign spotlight.”

Ponte also thanked her many supporters, and added that she looks forward to finishing out her current term.

As reported last week, Four candidates have begun collecting signatures in anticipation of running for the District One. They are incumbent Cliff Edson, Gary Tofanelli, Kurt Boese and Sharon Romano. The potential District Two candidates are John Garamendi Jr. and Sean White, and in District Four, Dennis Mills, Ann Radford and Sherri Smith.