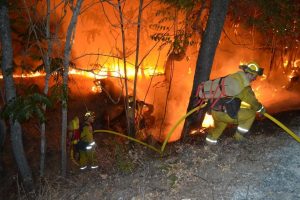 Sacramento, CA — The state’s insurance department is estimating that two wildfires this past summer resulted in $1-billion in insured losses.

The Associated Press reports that the Butte Fire in Calaveras County had $300-million in insured losses, while the Valley Fire had $700-million. The Butte Fire destroyed over 800 buildings and resulted in two deaths. It started on September 9th and burned 70,868 acres.

The combined $1-billion figure takes into account insurance claims filed through December. It does not include uninsured losses that residents may have encountered.