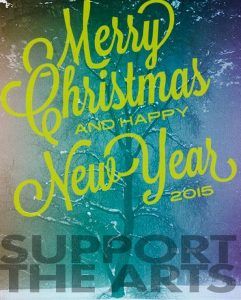 Sonora, CA — A surprise gift that landed in the lap of a local arts group will become a windfall for kids’ art studies in the New Year.

According to the Tuolumne County Arts Alliance (TCAA), the anonymous donation, initially placed through the Sonora Area Foundation (SAF) as a way to honor SAF Executive Director Ed Wyllie, carried instructions that Wyllie personally direct the funds. He chose the TCAA Kids Art Studies Academy (KASA) program. Comments Wyllie, “Growing up in a family of artists certainly influenced my life in remarkable ways…I would just like to help someone else realize his or her potential through the arts.”

The monies will seed a fund in the name of TCAA/KASA that can receive additional funding from supporters and potential donors, according to TCAA Executive Director Connie O’Connor. Since 2012 the KASA program’s home has located out of Sonora’s historic Dome Campus in the former Parent Nursery School building. Gratefully taken aback by the spontaneous gift, O’Connor states the funds are key towards achieving community health and well-being through arts education. She adds, “Beginning with the Founding Board Members’ award of one of the largest SAF grants up to that time — to the Arts Council/Alliance in 1997 — SAF has continued to be a wonderful supporter of our vision, programs, and exhibitions.”

O’Connor describes the KASA program as one where the students’ ages range from “five to 86” — all “kids at heart” when it comes to art. Programs include art, dance, culinary and fitness classes. TCAA/KASA also sponsors “KAMPS,” including a popular annual summer arts camp in Columbia State Park that, over the past 11 years, has enrolled about 90 students at once. This past year, O’Connor shares that 25 full scholarships were made available for “Kampers” with financial hardships. To learn more about TCAA, click here.