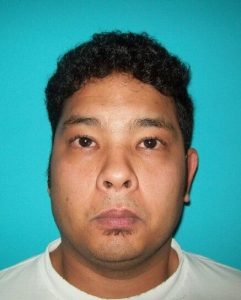 Columbia, CA — A 29-year-old male was jailed yesterday for alleged sex crimes against a minor female that reportedly occurred in a Columbia College dorm room.

According to Tuolumne County Sheriff’s Office spokesperson Sgt. Andrea Benson, after the family came forward with information, Kyle Jared Simas was arrested and booked into the Tuolumne County Jail around 4 p.m. Tuesday. He is charged with sexual penetration with a foreign object, victim under 18; unlawful sexual intercourse with a minor more than three years younger; and lewd and lascivious acts with a child. His bail is set at $125,000.

While few other details are currently available, due to the nature of the crime and to protect the victim’s privacy, Sgt. Benson adds, “This case is still under investigation and anyone who has any information on the crime that occurred — or any similar crimes with this subject — please give us a call at the Tuolumne County Sheriff’s Office at 533-5815.”