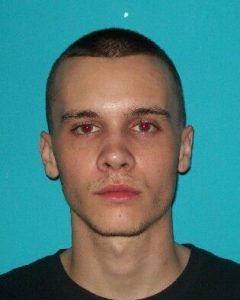 Mi Wuk Village, CA — Two people were caught while trying to burglarize a home in Mi Wuk Village over the weekend.

Arrested were 18-year-old Dylan Byrum of Twain Harte and an unidentified 16-year-old juvenile. The Sheriff’s Office reports that stolen property found at the scene was also linked to a second burglary in the area. The 16-year-old was turned over to the probation department and Byrum was booked into county jail on $50,000 bail. Yesterday Byrum was released from custody after posting bail. An investigation is ongoing.