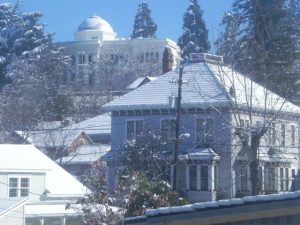 The National Weather Service has issued a Winter Storm Watch for the Mother Lode and the Sierra Nevada, which is in effect from Tuesday morning through Wednesday morning.

Snow levels will start out below major Sierra Nevada pass levels on Tuesday morning and rapidly lower throughout the day.

Total snow accumulations of one to four inches is expected above 1500 feet. Two to six inches of snow is likely above 2000 feet. Above 4000 feet, half a foot to one foot of snow is anticipated. In the highest elevations, a foot to a foot and a half of snow is possible.

Pre-Thanksgiving travel will be impacted, so start preparing now! Chain controls are likely.

A Winter Storm Watch means there is a potential for significant snow, sleet or ice accumulations that may impact travel.