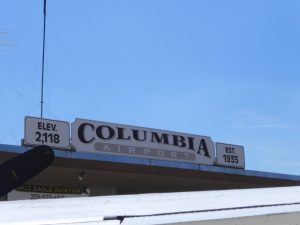 Update at 4:45pm: Cal Fire dispatch has confirmed that a single engine plane with only a pilot on board has landed safely at Columbia Airport. There were no injuries, according to Cal Fire.

Original Post at 4:26pm: Columbia, CA – Emergency crews are positioned along the runway at the Columbia airport after being alerted that airplane may need to make an emergency landing.

Cal Fire received information regarding an airplane having problems with its landing gear shortly after 4 p.m. There is no word on what type of plane or how many people may be on board. We will bring you more details as soon as they come into the newsroom.