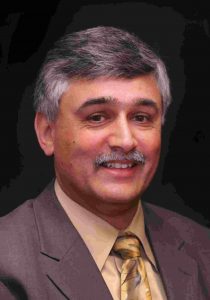 Tuolumne, CA — Black Oak Casino Resort has a new CEO who has a familiar face, as he has been part of the team since the resort’s beginnings.

Clarke Broadcasting has learned of the promotion from General Manager Ron Patel to Chief Executive Officer of the casino and hotel, effective immediately. Patel has been the GM for nearly 15 years, and anticipates positive changes in the next year. He declined to elaborate however, as discussions are now underway with the Tuolumne Band of Me-Wuk Tribe.  Patel had this reaction to his promotion, “Very privileged…been very nice to see the business grow and expand as it has.”

Additionally, Executive Director of Operations Aaron Moss, who has also been with the resort since the beginning, will take over the GM position in Patel’s stead.