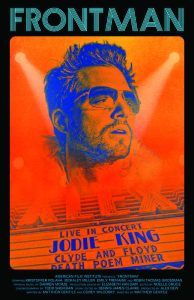 106 short films were shown during the three-day event, and it also included question and answer sessions. The festival is designed to showcase films, but also bring filmmakers to the Mother Lode to see what the region has to offer. The film “Frontman,” written and directed by Matthew Gentile, took home the prestigious “Best of the Fest” award, and the award for “Outstanding Dramatic Film.” You can find more information about Frontman, and view the trailer, by clicking here.

All of the awards are listed below:

Best of the Fest – Frontman directed by Matthew Gentile of USA