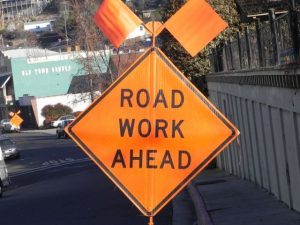 East Sonora. CA — Preliminary studies regarding the possible widening of Mono Way could back up traffic during the morning commute next week.

Tuolumne County has hired Sonora based Condor Earth Technologies to do the work Tuesday and Wednesday, which will include taking soil samples and drilling through the existing pavement on Mono Way between Standard and Haystack roads.  That will require flaggers to direct one-lane traffic, which could produce anywhere from half an hour to one hour delays, according to company engineer Bill Cook. He states, “The idea, on preliminary bases, is to widen the road and improve access and drainage. I also believe they want to widen it for some bike lanes.”

Cook adds this survey will investigate design details and what costs the county can expect if it decides to go ahead with the plan.  The work on Nov. 17-18 will run from 8 a.m. to 5 p.m. Cook urges through traffic to use the Highway 108 Bypass to avoid delays.