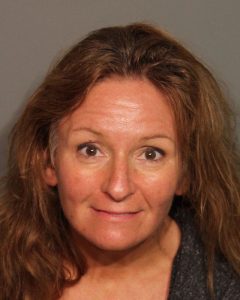 The driver of the truck was 51 year old Denise Aanonson, of Merced. The officer uncovered not only was the truck’s registration expired, Aanonson was driving on a suspended license as well. After that discovery, Aanonson gave Angels Camp officers consent to search her truck where they located 4.6 grams of methamphetamine and a .38 caliber revolver.

Aanonson was arrested and booked in to Calaveras County Jail on the charge of being a Felon in Possession of Firearm. She was also cited and released of the misdemeanor charge of possessing the controlled substance meth, driving on a suspended driver’s license and driving with expired registration. Proposition 47, passed last year by voters, reduced felony possession of certain drugs to misdemeanors- details about it are here.