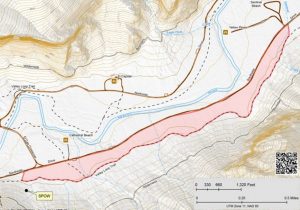 Yosemite, CA — A prescribed burn is scheduled to get underway today in Yosemite National Park.

The Taft Toe project calls for burning 111 acres in a narrow forested area. The site is approximately three miles in length, and it is situated just east of Bridalveil Straight and the Sentinel Beach picnic area. The project will take 1 1/2 days to fully ignite and then 3-4 days to burn down. Crews will remain on scene then afterwards to patrol and monitor during a mop-up stage. Prescribed burns are utilized as an ecosystem restoration and management tool. Smoke will be visible during the prescribed fire.

Yosemite National Park has worked with the Mariposa County Air Pollution Control District to time the project so that it coincides with favorable weather conditions. A burn permit has been issued to the park by the county. Parts of the prescribed burn site were burned in 1993, 1995 and 1997, but some segments have no recorded fire history.