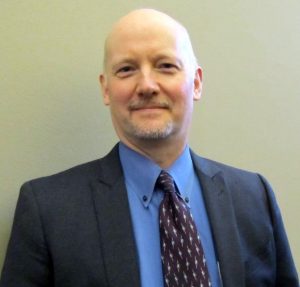 Sonora, CA — Seeking a new general manager since this past spring, a local water district on Tuesday afternoon tapped a city administrator from south of the Bay Area for the job.

During its board meeting the Tuolumne Utilities District (TUD) Board of Directors offered the position, vacated by Tom Scesa back in June and covered since then by David Andres, to Thomas J. Haglund, of Gilroy, who serves as that city’s top administrator.

Assisting with the search was Executive Recruitment Services of CPS HR Consulting of Sacramento. According to TUD officials, Haglund’s hiring came after a series of closed session meetings and interviews with potential candidates.

Haglund has had a second home in the Mother Lode for over 20 years and is already active in the community, according to TUD officials. Before his seven-year tenure at Gilroy’s city head where he oversees its various administrative, financial, fire, safety, community development and services agencies along with a $134 million annual budget, Haglund was the general manager for the South County Regional Wastewater Authority (SCRWA), a joint powers authority of the cities of Gilroy and Morgan Hill. Its water and wastewater delivery systems reportedly service more than 14,000 customer accounts.

“Mr. Haglund has the financial experience and leadership qualities that we were looking for to fill the General Manager position,” says Ron Ringen, TUD board president, who adds that he and the board are enthused with their selection. According to Ringen, he and the board believe, “We have hired a talented individual from outside of the TUD organization that will be bringing to the table a whole new outlook and set of ideas to overcome issues that have been troubling TUD for years.”

For his part, TUD’s new hire echoes the enthusiasm. “I look forward to working with the Board, staff and community in meeting the challenges facing the District,” he states. Haglund’s educational background includes a Masters degree in Public Administration and a Bachelor of Science degree from Portland State University. Slated for a November 2 official start date, interim manager Andres is expected to be available as needed during the transition period.