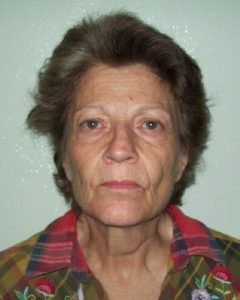 She was reported missing on July 25th after last being seen near her residence at the Columbia Mobile Home Park. Her husband said she had walked away from the home six days prior, and had not returned. Sheriff’s Office Spokesperson Sgt. Scott Johnson says a body was discovered on August 7th in an isolated area off of Springfield Road in Columbia. Due to the level of decomposition, officials could not immediately identify the body, but an autopsy now confirms that it is Presson.

Sgt. Johnson notes, “The exact cause of death is still pending the final autopsy report. But, at this time Detectives are proceeding with a homicide investigation.”

The Sheriff’s Office is not stating if there is a suspect at this time, but notes that it is a “fluid investigation.”