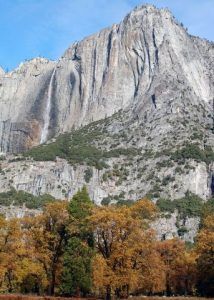 Yosemite, CA — A CHP helicopter helped rescue a woman that was visiting from the Netherlands.

28-year-old Anja Welten was near Upper Yosemite Fall when she fell over 20 ft. onto granite. Yosemite Search and Rescue personnel hiked over to Welten and provided medical care. She was conscious, but unable to stand up or walk. A CHP helicopter lowered rescue equipment to facilitate a hoist extrication. Welten was flown to the the Ahwahnee Meadow and transferred to an awaiting ambulance. The CHP reports that Welten suffered major injuries, including a possible pelvic fracture.