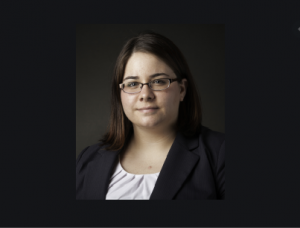 Sonora, CA — The State of California is looking to reduce prison sentences for violent offenders, and “non-violent second strikers,” if they display good conduct.

Tuolumne County District Attorney Cassandra Jenecke’s office reports, “Under the proposed regulations, CDCR seeks to reduce sentences already imposed by increasing credits awarded on those sentences.  Violent offenders could have their conduct credit rate increased from 20% to 33%. Nonviolent second strikers could see an increase from 50% to 66%.  For example, on a 10-year-sentence an individual could be released after having served 3 years and 4 months.”

Adding, “CDCR has had these regulations in place for 10 months as “emergency” measures which avoided meaningful public participation in this significant policy change. These regulations also include increased credits for individuals in fire camps.”

Last May, Jenecke was one of 45 elected district attorneys who filed a civil lawsuit against CDCR challenging the emergency process for early releases. She adds that the lawsuit did not challenge additional conduct credits for those in fire camps.

Jenecke notes that a public comment period ends later this month, on April 13. Any person may submit written comments about the proposed regulations by e-mail to RPMB@cdcr.ca.gov or by mail to the California Department of Corrections and Rehabilitation (CDCR), Regulation and Policy Management Branch (RPMB), P.O. Box 942883, Sacramento, CA 94283-0001. Written comments must be received or postmarked no later than April 13, 2022. All written comments must include the rule number, NCR 22-03, OAL Notice File No. Z2022-0215-10.