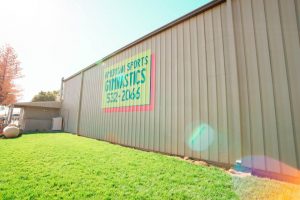 East Sonora, CA – A window that was ajar allowed thieves to get away with several hundred dollars from American Sports Acro and Gymnastics, sometime between the hours of late Tuesday night and early Wednesday morning, authorities say.

The Tuolumne County Sheriff’s office says deputies were called to the East Sonora facility, located at 19825 Seaborn Road, for a report of a burglary.  Once on the scene, deputies found an unlocked window.  Sgt. Scott Johnson says, “It looks like approximately $400 in cash was taken, and an old empty cash register.  It looks to be a crime of opportunity. They saw a window they might be able to gain entry in, and went inside.  It appears they were looking for small items or cash.”

Anyone with information regarding the burglary is asked to contact the Tuolumne County Sheriff’s Department at (209) 533-5815.