California Gets An AA- 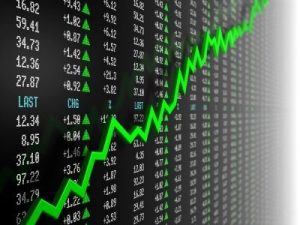 Sacramento, CA — Standard & Poor has nudged the state’s credit rating to an AA-.

California State Treasurer John Chiang reports that the move has resulted in S&P dropping the State from its CreditWatch. He adds, “Our state has reached another important mile marker in its fiscal comeback.Through a sustained commitment to paying down debt and fiscal restraint in its latest annual spending plan, California has been rewarded with its highest credit rating since 2001.” However, he continues, “Today’s good news was tempered by warnings that the Golden State’s lack of affordable housing, unmet infrastructure needs, and growing liabilities stemming from not pre-funding State retiree health benefits are a real threat to longer-term economic growth.”

S&P praised California’s 2015-16 budget with total reserves of $4.6 billion, or 4 percent of expenditures, calling it “favorable.” Chiang says both Moody’s Investors Service and S&P considered the new rating “high grade,” which in turn, will produce lower borrowing costs for California. Currently, the Fitch Ratings for the state remains an A+.