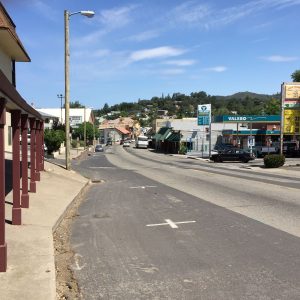 Sonora, CA — While an official start date has not been finalized, a major Sonora road project is set to get underway late this month.

Washington Street will be repaved starting at the Stockton Road turnoff and extending just past the former Tuolumne General Hospital. George Reed Inc. was awarded the roughly $750,000 contract this week. City of Sonora Engineer Jerry Fuccillo says, “They are planning to start towards the end of this month and complete it in early July.” The project will last 2-3 weeks. The work will be conducted during the evening and early morning hours, so that there will be a limited impact on daytime commute traffic. It will start at around 7pm each evening and conclude by 7am the next morning.

There will also be correlating work conducted on portions of nearby Restano Way and Stewart Street.