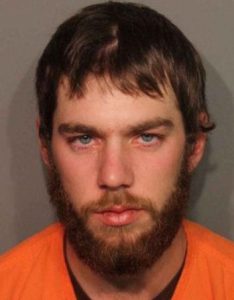 Calaveras County, CA — A Valley Springs man will go on trial for murder for his role in a wreck earlier this year that claimed the life of a Mountain Ranch woman.

On Wednesday, a Calaveras County Judge ordered 21-year-old William T. Bolin to stand trial for second-degree murder in the death of 25-year-old Anna Carter. As previously reported, Carter was killed in the early morning crash on February 11 on Swiss Ranch Road near Miller Ranch Road. The CHP reports Bolin, who was 20 at the time, was driving a Toyota pickup, when due to his intoxication, he lost control of the truck, which went off the roadway rolled and crashed into a wooden pole.  Carter, a passenger in the pickup, was partially ejected from the car.

Bolin faces three additional counts, including gross vehicular manslaughter, driving under the influence of alcohol and causing injury, and driving with a blood alcohol level of more than .08 percent and causing an injury.

Bolin’s next court date is an arraignment set for June 8 in Calaveras County.