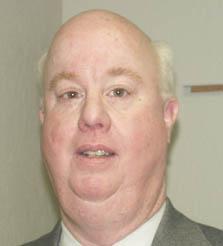 Scesa says that Andres is retired, but he travels around Northern California filling in as a General Manager or sometimes City Manager.

Andres was the Calaveras County Water District (CCWD) manager from 2006-2009 when he was fired by a narrow vote by the board. At the time, it was the fourth incidence for the district to be without a manager seven years. Andres currently works in Ione.

Scesa says that a new general manager will be hired by the TUD Board “sometime in the fall.”