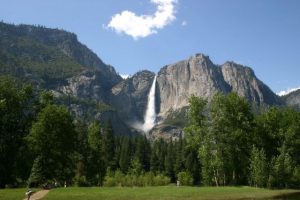 Yosemite, CA – It may sound strange for Yosemite National Park to dedicate a day to celebrate the law, but did you know the park has its own court?

Ranger Scott Gediman explains, “Our park rangers do enforce the law and we do have what’s called exclusive jurisdiction. We do have a magistrate court that does hear cases.” The court is a satellite office of the magistrate court in Fresno.

On Friday, national Law Day, more than 300 students from area schools will attend the celebration of Law Day at the park. Gediman says the event targets young people to give them insight into the nation’s legal system. The keynote speaker will be, Laurie Levenson, a Professor of Law at Loyola Law School in Los Angeles and a national network TV legal analyst and commentator for networks like CNN, MSNBC.  There will also be several local judges and attorneys taking the podium as well. The event begins at 10 a.m. at the Yosemite Valley School ball field near Yosemite Village.