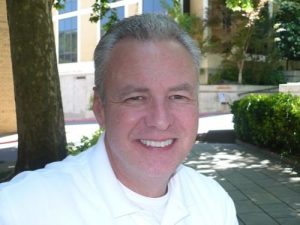 Sonora, CA — Sonora High School will begin the search for a new Superintendent.

Dr. Mike McCoy has submitted his letter of resignation to the Board of Trustees. Dr. McCoy tells Clarke Broadcasting that he has accepted a Superintendent position at a school in Southern California, however, the contract is not finalized, so he is not stating the destination at this time.

McCoy says, “I really loved working in Sonora, but it became a necessity to be closer to family.”

Dr. McCoy will remain at Sonora High School through the end of June. The School Board will begin a search for his replacement starting next week.

When asked if the recent lawsuit and controversy surrounding the Measure J bond projects played a factor in his decision, McCoy said no. He claims that he waited until the legal matter was on firm ground, citing the judge’s recent demurrer, before agreeing to accept a new position.