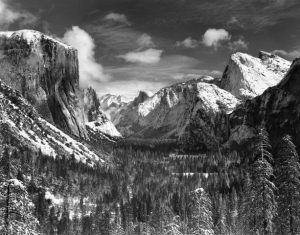 Yosemite, CA – Phase one of the Ansel Adams Gallery Rehabilitation project has been completed, meaning visitors can once again gaze at the master photographer’s work.

The rehab began in October of last year and finished on April 4th of this year.  During that time, work crews did structural rehabilitation, safety improvements, enhanced site circulation, electrical wiring upgrades, and drainage improvements.  A key part of the project included making the gallery compliant with the American’s with Disabilities Act (ADA).

The completion of the last phase of the project should come in early summer, according to park officials, who add it will include rehabbing the gallery’s residential housing, ADA accessibility to the photographic classroom, landscaping and pathway reconstruction.

Overall, the cost for the project is nearly $2.5 million, with funding coming from concession operations fees.