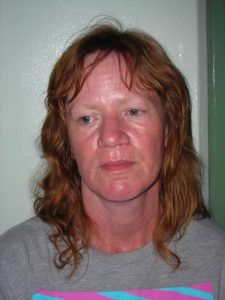 Sonora, CA — Sonora Police have released details about an incident that happened Friday evening. An investigation of a female victim at Sonora Regional Medical Center resulted in charges against Christine Bright, of Sonora, for assault with a deadly weapon.

The incident happened on Arbona Circle, the victim told an officer she was picking up some items of hers and returning the ashes of Christine Bright’s brother-in-law. A heated argument over the ashes and other items began and as the victim was getting into her vehicle to leave, Bright struck her in the head with a propane torch. The victim was treated at Sonora Regional Medical Center for a laceration to her head which required staples.

Bright was contacted by police at her residence and alleges the victim stole the ashes of her brother-in-law the day before. Bright said the victim was throwing the ashes around the residence, and other things, leading to the heated argument. Bright denied striking the victim and claimed she had no idea how the victim sustained the injury to her head.

According to Sonora Police, several witnesses were contacted and they confirmed what the victim told officers.

Bright was booked into Tuolumne County Jail for felony assault with a deadly weapon and, because she was currently on release pending trial for a previous arrest, she was also charged with the felony of committing a felony while out of jail on bail or on an OR release. The previous felony is also for an assault with a deadly weapon. Bright was arrested last week, on March 14th, for allegedly attacking and injuring someone with a yard light.