Sacramento, CA — Senator Tom Berryhill shared his views on the state of the prison system in response to Governor Jerry Brown’s State of the State Address.

Sen. Berryhill says, “Brown praised his recent accomplishment of downsizing the [prison] system by reallocating to local jails prisoners who normally would be sentenced to state prison.”

The chart below shows as Sen. Berryhill says, “Realignment has saved the state nothing in state dollars spent on corrections.”  The chart shows that in 2014, $11,183,825 in state funds were allocated to CDCR and local jails.

To read his views on crime and prison sentences in the 1980s compared to today, view his new blog here. 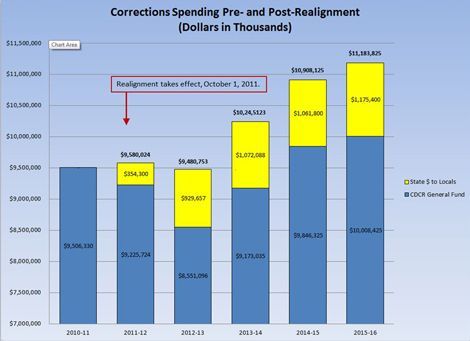