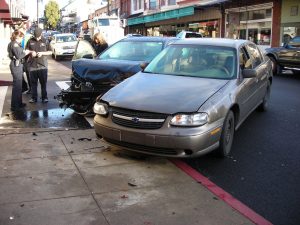 Sonora, CA — The Sonora Police Department has released new information on an accident that occurred Monday.

The PD responded to a crash at the intersection of South Washington Street and Linoberg Street at 7:55am. The PD reports that 48-year-old Faith Dugan of Sonora was traveling southbound on South Washington Street in a 2014 Toyota Sedan. 30-year-old Jason McBride was attempting to cross South Washington Street, but did not see Dugan approaching. Dugan had no time to take evasive action, and struck McBride’s vehicle. Both cars came to a rest on the west side of the roadway. Dugan complained of minor injuries, and sought medical attention, and McBride was not hurt. Traffic was slowed for approximately 40 minutes while both vehicles could be towed from the area.