Rain Is On The Way 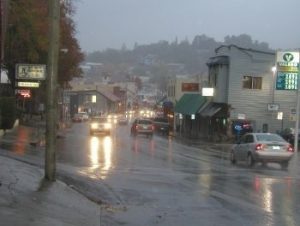 A tropical moisture plume over the Pacific Ocean is moving towards Northern California and is expected to bring two waves of wet weather to the region: Thursday into Saturday and Sunday into Monday.

Precipitation amounts in the valley Thursday through Saturday are expected to range around an inch.

A brief break in showers later Saturday into Sunday will be followed by another round of steady precipitation late Sunday and Monday.

In addition to the precipitation, gusty winds are expected with this system especially Friday. Wind gusts of forty to fifty mph are likely in the Central Valley with gusts up to sixty mph over the Sierra Nevada.

Some of the impacts could be localized urban and small stream flooding and occasional power outages from breezy and gusty winds. There is also the potential for debris flows near wildfire burn scars.

Total rainfall amounts for most of the Central Valley will range from one to five inches, with four to ten inches expected across the foothills and the Sierra Nevada mountains from Thursday through Monday.

Snow levels will generally remain above 7000 ft but sometimes they will lower to 6000 feet, especially on Friday.