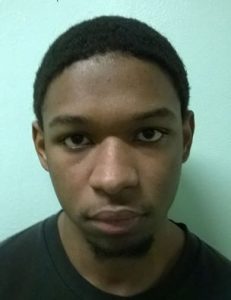 Sonora, CA — A man was arrested on various sexual assault charges following an incident at a downtown Sonora parking garage.

It happened during the noon hour Friday on the second floor of the City of Sonora’s parking structure on Green Street, just behind City Hall. The Police Department responded to the structure after a tip that two individuals were having intercourse in plain view.

An officer responded and found a male and female in the garage. The 16-year-old unidentified female claimed that 20-year-old Trevon Davis had forced her to do sexual acts with him, by force and duress. Davis, meanwhile, told the officer that the victim was his girlfriend, claimed there was no wrongdoing, but admitted to having intercourse. Davis was booked into Tuolumne County Jail on charges of felony sodomy, felony sodomy by force or fear, felony unlawful sex with a minor over three years younger, and felony electronically providing harmful material to a minor.

The Sonora Police Department reports the investigation is ongoing.