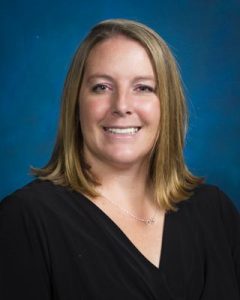 “I know Coach Francis has big shoes to fill, but I’m extremely excited for the challenge” says Sells. “I want to try to encourage fans and participants to come to events, and be actively involved in athletics.”

Sells says one of the first items she would like to accomplish is create a booster club to support athletics, school wide. She will officially take over the position at the end of the school year, when Francis retires.