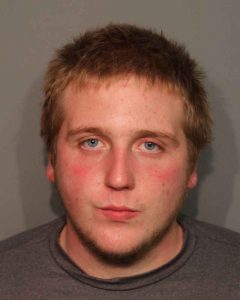 Angels Camp, CA — An Angels Camp teen has been arrested on charges related to assault with a deadly weapon and domestic battery.

The PD was recently dispatched to a home in the 1600 block of South Main Street because a man was allegedly “swinging an axe at two people.” The suspect was later identified as 19-year-old Riley Segale of Angels Camp. The Police Department reports that Segale was involved in an argument with one of the referenced victims. When both victims got into their vehicle to leave, Segale allegedly stepped out of the residence with an axe over his head, appearing as though he was going to swing it at them.

As the vehicle pulled away, Segale allegedly swung the axe at the rear. Segale was later arrested and booked into Calaveras County Jail.