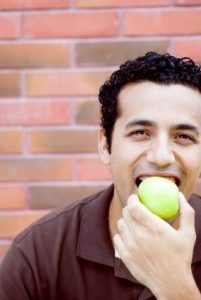 Sonora, CA – As the death toll from listeria has risen to five across the country, today the Safeway grocery store chain pulled all its prepackaged caramel apples from its supermarkets’ shelves.

The decision came a day after the family of an 81-year-old California woman, who died from a listeria infection linked to the product, filed a lawsuit against the company.  The lawsuit says Shirlee Jean Frey became ill after buying several caramel apples from Safeway in Santa Cruz County in October.

myMotherlode.com contacted the Sonora Safeway to find out if candied apples had been taken off the shelves.  A store manager refused to comment and instead provided the number to contact the corporate public information officer, who has not yet returned our phone call.

Listeria is a food-borne illness with symptoms that include fever, muscle aches, nausea and diarrhea.