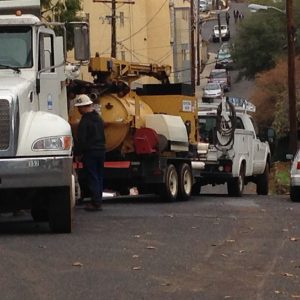 Sonora, CA — Jackson Street in Sonora was blocked off earlier today while repairs were made to a waterline.

T.U.D. reports that the break was reported during the seven o’clock hour and the needed repairs have now been made. Traffic is again moving freely on Jackson Street.

T.U.D. Spokesperson Lisa Williams reports that it is not immediately clear how many customers were impacted by the waterline break.