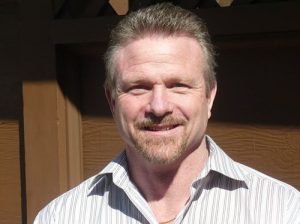 The district has approximately 1,600 connections serving 3,300 properties, spread across Tuolumne and Mariposa Counties.

The district gets about 90% of its water from the Merced Irrigation District, most of which comes out of Lake McClure, which is currently at 8% of its capacity.

The district recently had a changeover in leadership, and the new Interim General Manager is Pete Kampa.

“We have emergency pumps that basically float in the bottom of the lake, and can pump water up to our water treatment plant,” says Kampa. “That water is expected to be gone by the end of March, if this weather holds out to be as bad as it looks like it is going to be.”

Kampa says the Lake Don Pedro Community Services District is preparing a mandatory conservation ordinance for the customers, and is also looking at some groundwater wells that can be added to the system in a fairly quick manner. The district is also on an aggressive drive to fix every leak in the system.

Tuolumne County Administrator Craig Pedro says he’s heard stories from decades ago about having to truck water into the Lake Don Pedro Community Services District, during times of severe drought, and is hoping that this will not be the case in the months down the road.

Kampa says the district is the victim of a third straight year of drought like conditions. The hope is that heavy precipitation will fall this winter season, eliminating the supply concerns that could arise this coming Spring. The actions are being done in an expedited fashion.