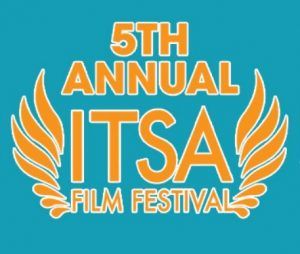 Sonora, CA — Filmmakers were recognized over the weekend at the annual ITSA Film Festival. 2014 marked the 5th year of the event that was created by David and Christina Wilkinson. According to Wilkinson, just before the snow and the Holiday season, is perfect to play host to numerous people who can make an economic difference by scouting locations to film throughout Sonora. The ITSA Film Festival has the backing of the Tuolumne County Film Commission and several local sponsors.

Over 80 films were shown over the weekend at the ITSA Film Festival. The Festival showcases international films as well as work by students at the Connections Visual and Performing Arts Academy. Films were submitted in eight different categories; Dramas (20), Documentary (5), Comedy (7), Sci-Fi (7), Animation (6), Reel Scary (7), Music Videos (6), and Young Filmmakers (16).

The following awards were handed out on Sunday:

Comedy – The Residential Home By By Jakub Stolecki (Poland)

Music Video – Am I Awake By Alex Italics

Outstanding Film – The Residential Home By By Jakub Stolecki (Poland)

The Judges Were Terry Vanbebber, Ari Costa And John Brickley.