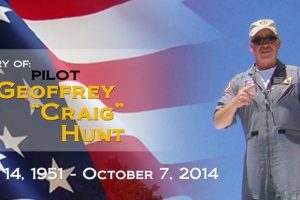 Brown states, “Anne and I were deeply saddened to learn of the death of Craig Hunt, who bravely fought wildfires throughout the state.  Our deepest condolences go to his family, friends, and colleagues.”

Hunt was a veteran pilot with DynCorp International of Virginia.  He had flown for Cal Fire for the past 13 years.  The Governor’s office says Hunt is survived by his wife and two daughters.  In honor of Hunt, Capitol flags will be flown at half-staff.